Filipinos are becoming more frugal to meet their long-term goals

To buy a house, to start a business, to ensure their children’s future – these are the key life events that motivated Filipino consumers to live more frugally in 2014.

Supporting such observation, global information firm Nielsen showed that in the third quarter of 2014, Filipino consumers – while remaining confident – foresee 3 major concerns over the first half of the year, among them health, job security, and work-life balance.

Filipino consumers are also concerned about their parents’ welfare and rise in utility bills. 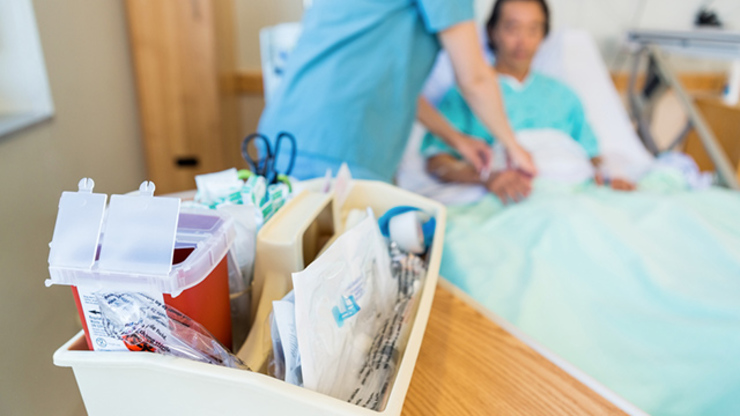 HEALTH WORRIES. Health concerns among Filipinos could be traced from the limitations of the government’s health care and maintenance system. Image from Shutterstock

Health concerns among Filipinos rose to 27% in the third quarter, from 19% in the first quarter of 2014, according to a Nielsen survey released in November.

Their concern could be traced to the limitations of the government’s health care and maintenance system.

While most Filipinos are covered by Philippine Health Insurance Corporation (PhilHealth), a monthly premium they pay for the health coverage does not pay the entire hospital bill. Usually deducted from the salary, PhilHealth only subsidizes a portion of room and board, professional fees, medicines, and select procedures.

Since the first quarter of 2014, Nielsen observed that Filipinos complement PhilHealth with other private health coverage schemes – all to prepare for health-related expenses in the future. 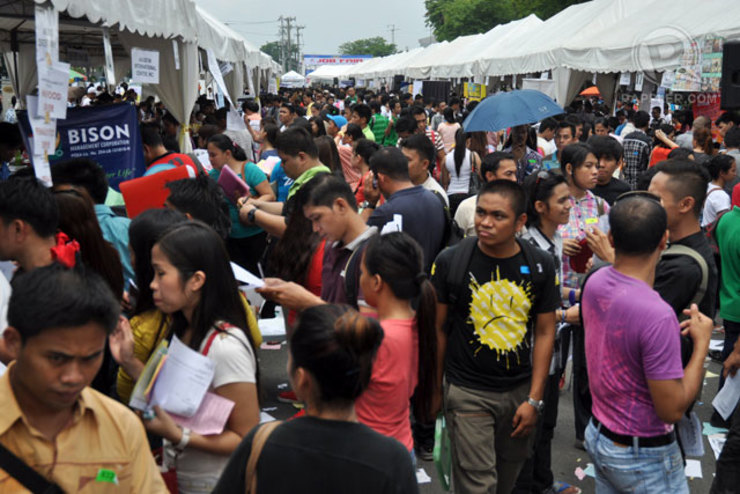 JOB SECURITY. The ratio of full-time workers fall to 62.7% in July from 65% a year ago. File photo by Arcel Cometa / Rappler.com

Although their worry meter went down from 36% in the first two quarters of the year to 34% in the third quarter of 2014, the question of whether Filipinos could hold on their job will continue to haunt them over the next 6 months.

Unemployment rate in the country continued to fall in October. There were 1.04 million people who found new jobs in the same month, which adds to the total employed population of 38.84 million, a 2.8% increase from 37.79 million employed Filipinos in October 2013.

Also, underemployment increased to 18.7% in October from 18% last year. 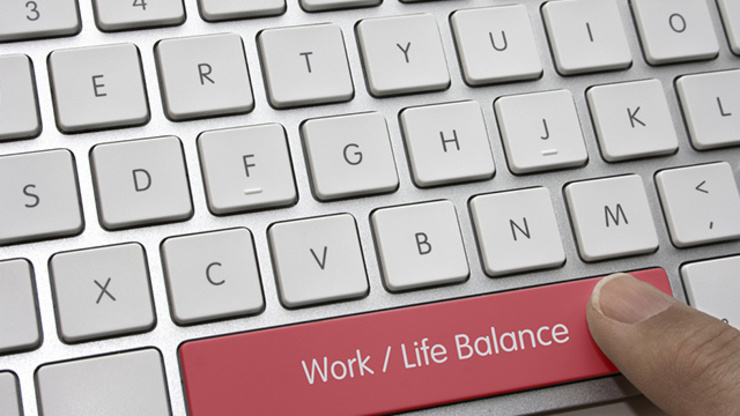 MORE PRODUCTIVE. According to office space solutions provider Regus Philippines, majority of workers in the Philippines are more productive at home. Image from Shutterstock

According to office space solutions provider Regus Philippines, majority of workers in the Philippines are more productive at home.

Regus Philippines said that without having the need for workers to go to offices, they cut commuting time, “acknowledging the strain a lengthy journey in and out of work can have.”

Bottleneck traffic in Metro Manila, for instance, is a daily ordeal for workers, whether commuters or car owners.

On top of that, by January 4, the mass transit rail lines of LRT and MRT will implement a fare hike – long overdue yet many argue that an upward adjustment is fine as long as these transportation modes improve their very dismal service (averaging 1.5 to 2 hours to get a ride when rush hours) and inferior maintenance of the system. The maintenance of the line was magnified by an August accident when an MRT3 train derailed, injuring about 36 passengers.

To address such concerns, the Japan International Cooperation Agency (JICA) presented this year a “dream plan” that aims to solve infrastructure problems in mega Manila by 2030.

The JICA study said that by 2030, the Philippines could lose P6 billion ($134.47 million*) daily if traffic congestion and air pollution in mega Manila are not solved.

As Filipinos not only see themselves as workers, allowing them flexibility in spending time at home while not compromising productivity leads to a work-life harmony, according to William Willems, regional president of Regus for South East Asia and Pacific. 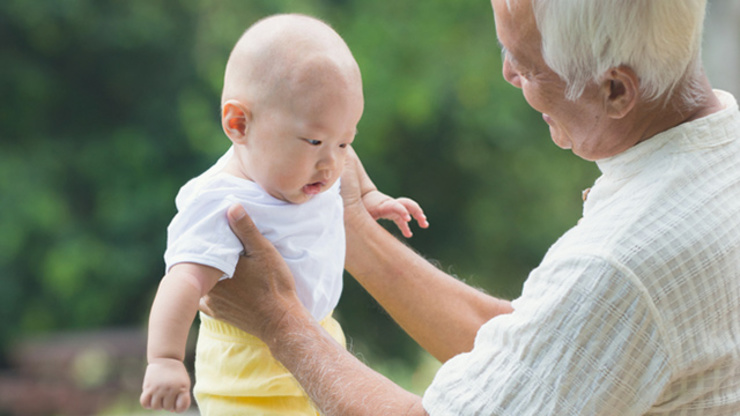 FAMILY MATTERS. Filipinos concern about their parent’s welfare and happiness stands at 16% in the worry meter, according to Nielsen. Image from Shutterstock

The Filipino culture revolves around the family, and consumers know this well.

Their concern about their parent’s welfare and happiness stood at 16% in the worry meter, according to Nielsen.

The country’s official retirement age is 60 – but life expectancy in the Philippines has been getting longer in recent decades. This means parents would need to save up for a lengthy retirement.

In another survey conducted by Canadian insurance company Manulife,Filipinos are concerned with health deterioration, with 9 of 10 survey respondents expecting private health care services to cover them.

“The welfare of family members are always in their minds,” said Stuart Jamieson, Nielsen’s managing director in the Philippines.

Under a new law, over 6 million senior citizens in the country can avail of health benefits enjoyed by PhilHealth members just by presenting their valid identification cards to hospitals.

A mixture of reasons, including the shutdown of the Malampaya natural gas facility, insufficient government regulation, and tight supply situation, caused the hike.

And by summer of 2015, a feared power crisis could hit Luzon, resulting in long brownouts which would last for hours in a day. Government measures to mitigate it include giving President Aquino the authority to contract additional capacity.

But contracting generating sets to add capacity to the Luzon grid would cause power prices to increase even more, according to Senator Sergio Osmeña III, chairman of the Senate committee on energy.

In December, the Court of Appeals ordered Meralco to pay back P5 billion ($112.06) to its customers, saying the public was doubly charged.

This comes after Meralco will recover from the National Power Corporation and the Power Sector Assets and Liabilities Management Corporation a total of P5.18 billion ($115.65 million) worth of transmission line charges between 2006 and 2012.

The order is a relief to the consumers but questions of when and how they will receive the refund remains to be answered.

Meanwhile, the price of water also continued to increase in 2014, with concessionaires not planning to reduce charges despite an order by a government regulator.

In September, Metropolitan Waterworks Sewerage System (MWSS) ordered Maynilad and Manila Water to reduce the rates in Metro Manila. But the water firms said they would sue the government to assert the provisions in their contracts regarding rate-rebasing.

And before 2014 closed, Manila Water announced that it will implement an upward adjustment in the first quarter of 2015 due to a Foreign Currency Differential Adjustment (FCDA) of P0.36 ($0.008*) per cubic meter.

This quarter’s sentiment improved due to the stable prices of commodities; availability of more jobs and increase in the number of employed family members; good harvest; additional income; and brisker business activity leading to higher household income.

Such consumer outlook paints a positive difference when compared to the third quarters of 2005 and 2008, where the outlook index dipped below -50%.

The low indices in both periods were caused by the rising prices of fuel and basic commodities; the anticipated increase in the number of the unemployed; and reduced household income.

A year ago, they were concerned over higher prices of commodities (rice and fish) as adverse weather conditions resulted in poor harvests, weak public governance, and concerns over peace and order situation.

Next year, Filipino consumers have reasons to raise their expectations: the price of oil has gone down globally, unemployment has decreased, and salaries across Asia-Pacific are seen to rise in 2015, according to the BSP.

Despite such rosiness, consumers are still likely to remain prudent when spending their hard-earned money.

After all, many of their goals that they set – buying a house, establishing a business, ensuring their children’s future, among others – are not attainable in a year alone.