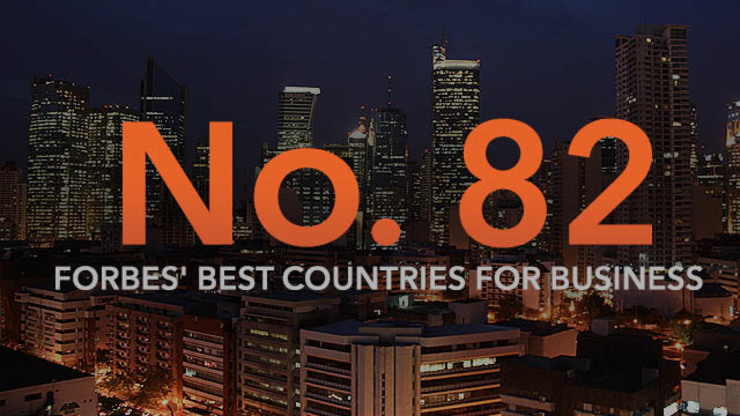 MANILA, Philippines – The Philippines climbed 8 notches to 82nd place in the annual Forbes list of “Best Countries for Business” for 2014.

Forbes noted that the Philippines improved in 8 of 11 indicators:

Forbes said though while the country averaged 4.5% growth during the Arroyo administration, poverty rate worsened as well.

Under the current Aquino administration, growth further accelerated but with limited progress thus unemployment hovers around 7% and underemployment is close to 20%, while more than 40% of the employed are in the informal sector.

Forbes added that the country’s current account balance also recordedconsecutive surpluses since 2003; international reserves are at record highs; the banking system is stable; and the stock market was Asia’s second best-performer in 2012.

“The Philippine Constitution and the other laws continue to restrict foreign ownership in important activities/sectors such as land ownership and public utilities,” Forbes said.

Algeria, Gambia, Yemen, Venezuela, Angola, Haiti, Myanmar, Libya, Chad, and Guinea are at the bottom 10 of the list.